A Retrospective
Of Life:

Colard, Raymond Dennis, 52, of West Palm Beach, FL, passed away on October 7, 2010. Born on April 1, 1958 in Leominister, MA, he moved to Pompano Beach and graduated from Deerfield Beach H.S. He enlisted in the U.S. Navy after graduation and served out a 23 year career, retiring with the rank of senior chief after postings in Key West, Hawaii, New Orleans, Jacksonville and Orlando. He was a veteran of the Beirut action in 1983 and saw action in Gulf War I. After retiring from the Navy, he served with the U.S. Postal Service as a letter carrier out of the Haverhill Riviera Beach branch. He is survived by his children, Abby and Nicholas, his mother, Rita Colard,, his brother Ronald Colard, and his sisters, Rose Left, Renda Regenbogen and Darlene Ludwick.

The family asks that in lieu of flowers, donations be made to either the VFW or the American Cancer Society.

A Year of Living

I pray this video captures the love, faith, and joy Ray brought to all of us, especially during his last year.
Amidst the pain and suffering, we undeniably experienced ‘healing’ as a family, and for that I remain forever grateful.
~ Darlene

To know you is to love you!

I miss you everyday but I know you live inside our hearts and you live inside your granddaughters! I do wish you were here with us still! You would have loved being a pop pop as much as I loved you as my daddy! In your 52 short years you touched everyone you met, you were a great man, a great father, loved your family deeply, made your country proud, and also a great bowler and a loyal football fan! I am so grateful for you and mom every single day!
I love you forever and always!! I will always be your little girl!
~ Love your baby girl 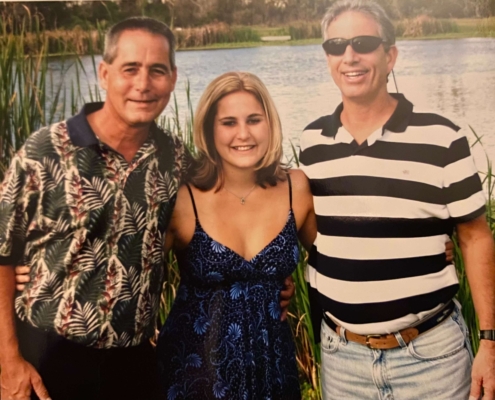 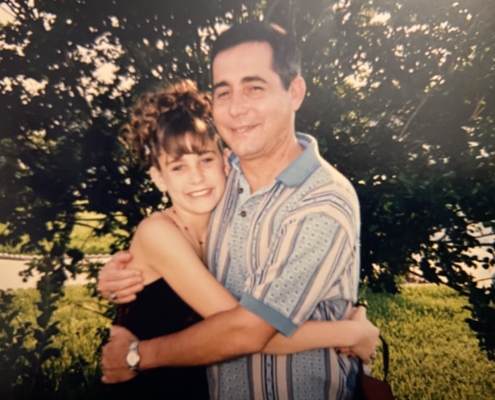 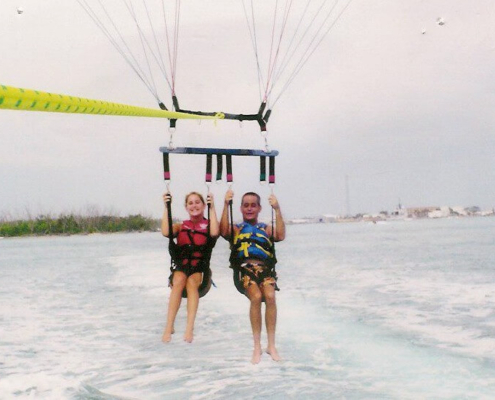 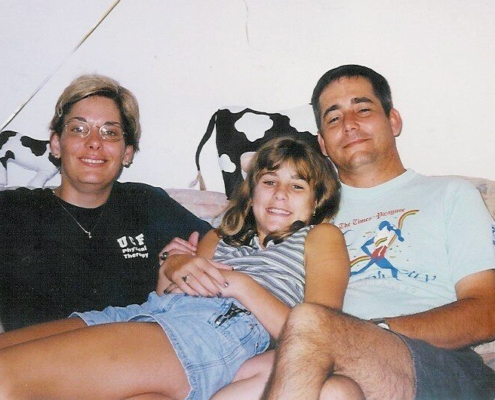 It’s All About Family

Our family!  When I say these words, in my heart what I am feeling and saying is God’s most complete and perfect gift.   It is so very true that in our lives, it really is all about family, and as each one of us prepared ourselves, in our own separate ways, to say goodbye to our most beloved, Ray, we learned to lean on each other more than we ever had before, and we saw each other’s very unique gifts and strengths.  Ray left us with so many beautiful moments, that I know we will always hold so dearly in our hearts.  These moments left us all with beautiful memories of laughter, of praying, of sharing what was in our hearts, and yes, of tender moments of tears.  It was our goal to simply spend every day that we could pouring out all of our love onto Ray so that he could feel our love each day, and take that love with him when God called him up.  What we didn’t count on was how much joy and sweet, sweet moments he would give in return to each one of us, simply because Ray was Ray; that kind of amazing person who asks and cares how everyone else is doing while he is the one suffering.  We are most blessed in life when we can give of ourselves to those that we love, and Ray knew how to do this even when it wasn’t at a time when anyone would expect him to be the giver.  As our family continues to grow, each of us will share our love for Ray and all the funny and loving stories we have stored in our hearts, so that they will also begin to know Ray, as we were fortunate enough to know.  For me, I am lucky enough to call Ray my brother and my very best friend!    I am also lucky enough to call our family mine!

We all love you Ray and miss you beyond any words!

A Few of Ray’s FAVORITE SONGS

We miss you every day, Ray. We remain grateful for every moment that you were with us, and, honestly, so often I can feel your presence… Love you, big Bro. xo

This is just beautiful! 😍
thank you for taking the time and putting this together! I will cherish this forever

Abby, It was my pleasure to do this for your family.

This is just incredible!! Now Ray, when I tell my grandkids ALL our growing up stories, I’ll be able to share even more through these photos. Each time I start to share a story with them, they say “let us guess, this is something you did with Uncle Ray”. Through thankful tears, I tell them “well, of course” :). This brings you right back to each of our hearts each time we all look at this! Thank you beautiful family for sharing all these amazing pictures/memories!! I love you all so much!!